This project was motivated by the unusual growth experienced during the last decade by the two larger lakes of Hispaniola Island: Lake Enriquillo (in the Dominican Republic) and Lake Azuéi (in Haiti). Both lakes are bounded by the Chaîne des Matheux-Sierra de Neiba Mountains (to the North) and the Massif de La Selle-Sierra de Bahoruco Mountain systems (to the south).  The lakes are at different levels, Azuei about 20 meters above sea level, while Enriquillo is about 40 meters below, as they occupy the ancient marine channel that separated the two paleo-islands that make up present-day Hispaniola and united some 10 millions years ago. 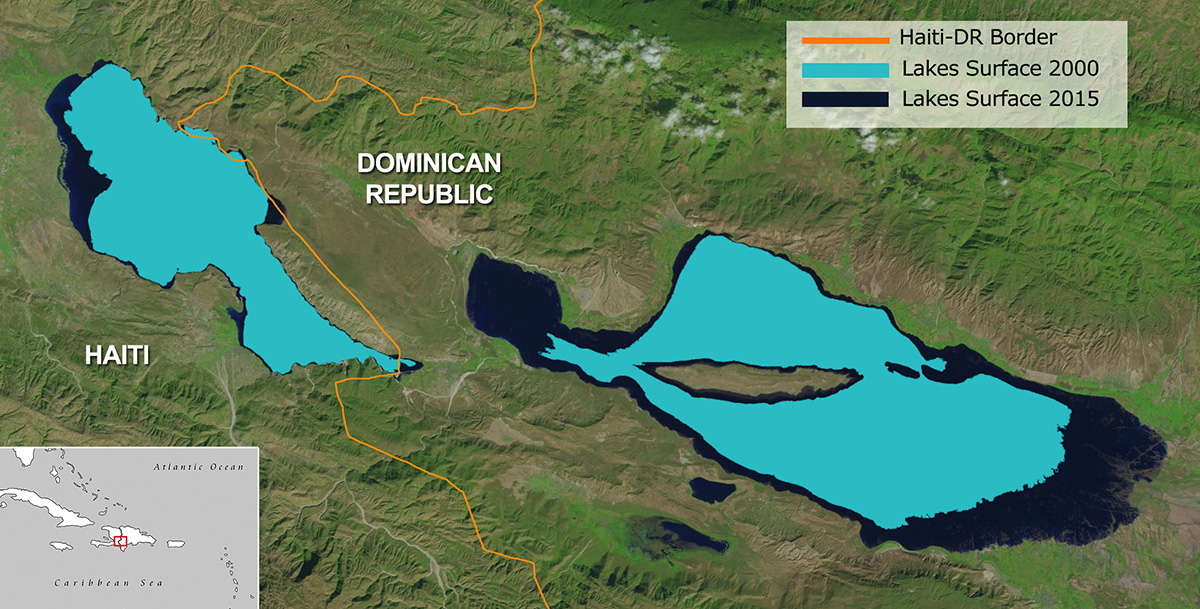 Lake Enriquillo is a saltwater lake that is both the largest lake and the lowest point in the Antilles. In 2003, this lake reached a historical low, with a surface area of 165 km2.  Since then, the lake’s surface has more than doubled in size (reaching 350 km2 in June 2013). Since 2007, roads and valuable farmland have been lost to the lake’s rising water level, causing severe impacts to many of its residents and local infrastructure. The lowest-lying town surrounding the lake, Boca de Cachón, is seriously threatened by any further expansion of the lake and is in the process of being relocated by the Dominican government to higher ground.

Lake Azuéi (also known as Saumâtre), is a slightly smaller, less saline and somewhat higher lake just over the border in Haiti, which has also expanded steadily, growing from 114 to 140 km2 between 2003 and 2013. Serious flooding of the western part of Azuéi took place between September 2007 and February 2008, affecting local farms, roads, and homes, leading to initial efforts to study the phenomenon. 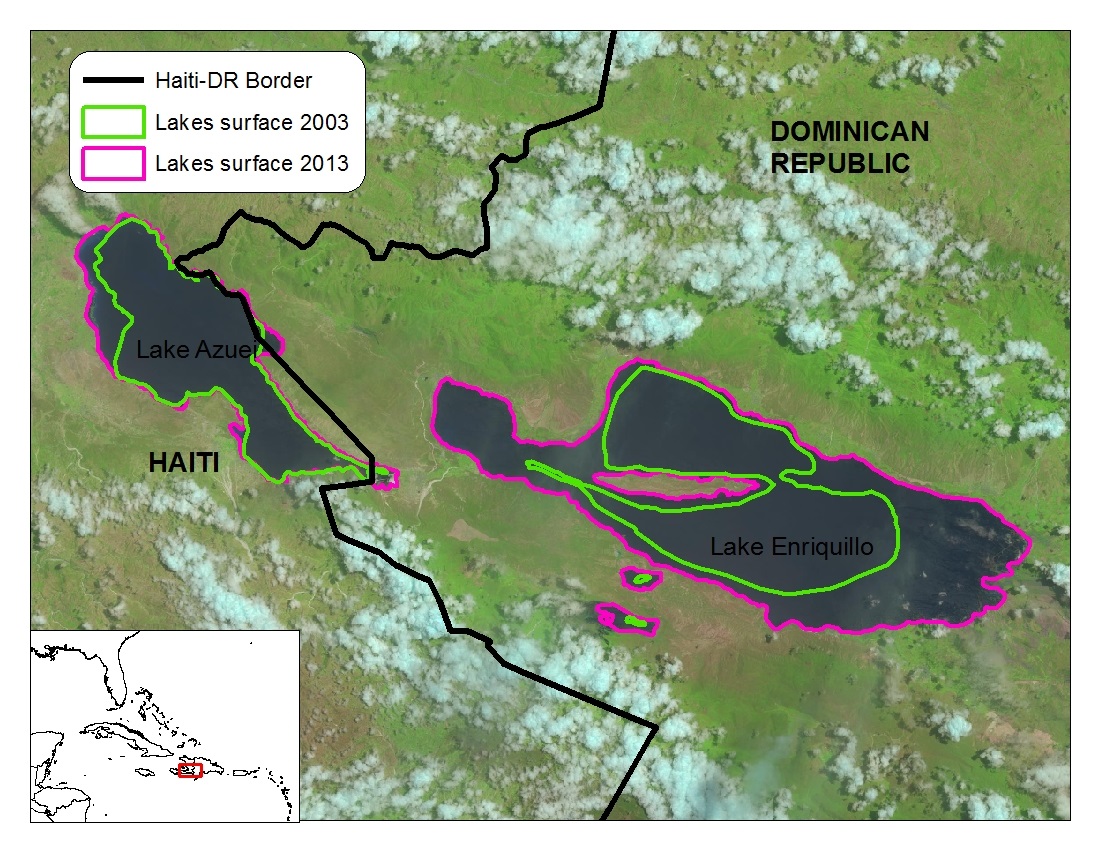 Key to the lakes’ water balance is the precipitation of the region influenced by both the topographic structure of the countries and the regional climate variability of the Caribbean. The southern region of the island experiences drier weather conditions where average precipitation is approximately 600 mm annually. 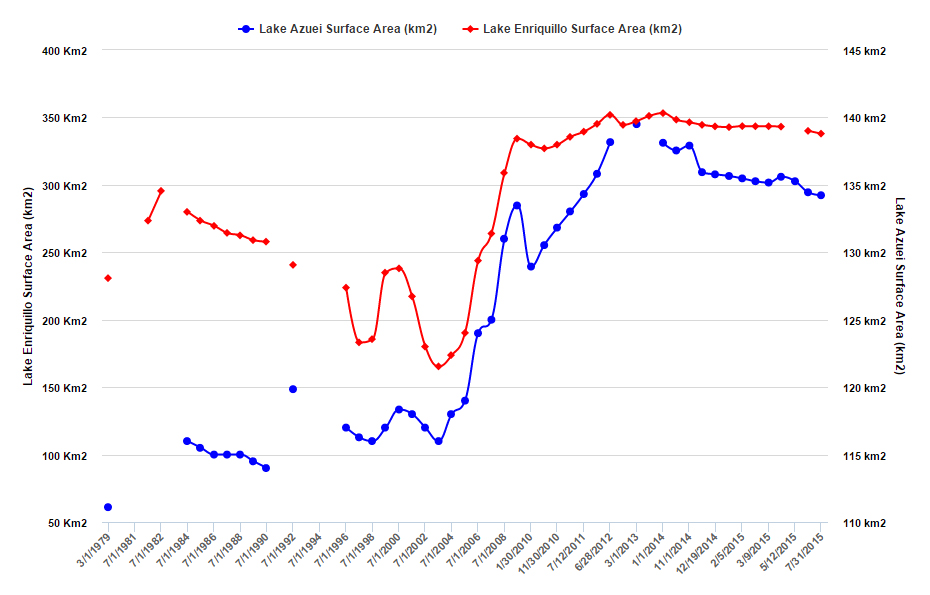